Easterners is the colloquial name of people belonging to the eastern group of cultures. They stem from the lands south-east of the Afrantosti mountain-range. Through political and historical anomalies, the city-state of Lidaborg is also connected to Easterners (despite it being located north of the Afrantosti Mountain Range), the city-state Communoswhich is laying farther east of Lidaborg, however, is not.

A Family Name or Last Name for Easterners is quite a malleable thing and not a lifelong companion as it is for Northeners.

While, as a child, one might carry the name of a birth family, a young person leaving home might choose a new one for themselves, and then again when settling down with a partner. Later in life, a hobby or occupation might become so important in this persons life, that a suitable name is required.

Each of these Names might in turn be a reflection of another person or the opposite if the change isn't brought into the own name.

Eufrir might be born to Ult Shipnailsmith, and thus be known as Eufrir of Ult Shipnailsmith. Later then, her Parent might change their Name to Ult from Brossal, after the Family relocated to Saltford.

After leaving the Family, a more fitting name could be Eufrif Wandersfrom which turns into Eufrif Withsmithesdaughter when she chose a Partner.

I regret having a prodigy for a child. They went to the big city and each letter they have a new name. I can never write them back.
— Complaint of a Parent, Overheard in Saltford

What requires a change is usually up to the individual and local traditions.

There are many other related cultures that have different approaches to defining their Family Names, such as the Lidabursches which prefer to include a reference to Lidaborg in their last names.

It isn't uncommon for Easterners to have multiple sobriquets during their lifetime, sometimes even at once. Usually they are used to keep persons with similar names apart. Such names are often identically to the persons occupation or, if the individual has relocated from somewhere recently, that locations name.

Examples of such names are

Easterners like Food and Drink, and their Table Manners are as diverse as are their Dishes. There's a Range of common rules and common practices observed with few local differences.

Tell me how you eat, and I tell you who you are
— Madam Amuse Bouch, Authoritative guide to behavior, politeness, and etiquette

Three to four Meals are common

In stark contrast to the strict and tightly defined rules at the table of Northeners, a Easterners behavior is best portrayed as centered on exchange, be it Food, Sentiments, or Words.

Food is served on communal plates, that are shared among all guests of a Table. Each end of a Plate is decorated with ceramic Holders for a Fork and a Spoon, which are used to lift Parts of the Dish to your personal plate. Each Person will reach for these Implements once, before resuming to Eat, giving any other Participant a Chance to use the Implements.

One might take as often from these shared Plate as Hunger prevails, stopping for frequent Breaks to let the Food "settle in the Stomach". These Breaks can be used to Speak to nearby others.

A surprising obstacle to enjoying an eastern Meal for foreigners is their uniquely shaped dinnerware, which unhelpfully uses the same name as their northern Items. A Plate south of the Afrantosti is made from the same ceramics but has its "northern" rim drawn up to at least two fingers height, similar to the height of a traditional bowl. As this form is not dissimilar to that of a ship's bow, it is sometimes referred to as the "plate's bow".

This plate's bow is used to aid in moving foodstuff onto a fork or spoon without needing a second implement or hand.

I'm unsure how anyone can eat without a plate's bow. It leaves your second hand free for ordering more drinks — or to make rude gestures.
— Simon Priest, renowned Bard and Entertainer

In the Dance hall

Surprisingly, despite being commonly known for their few rules of etiquette in most things, dancing is quite the opposite. Asking the wrong person at the wrong time for the wrong dance, destroy more than just an evening.

The source for this stark contrast is said to lie in Dancing similarity to Marching in a Militaristic Context, with a Person taking Control over another (it is called "Leading" not "Suggesting" after all) but with well-formed and communicated Borders.

Many Dance hall visitors sport a wide array of proudly shined medals and honor ribbons along their chests or on their shoulders, but, as there are no defined ranks within eastern Society, Age has been declared the deciding factor on Formal Seniority, much to the chagrin of younger Generations.

To make the situation easier for everyone, some crude local traditions are usually in place that separate a Dance's Attendance into rough Age-Brackets. This might be an order back to front, or special rooms in which a Person will sort themselves before a Dance.

Are all Dancers categorized by Age, a common next step is to find a Dance Partner, or for some Traditional Dances, a Line of Dancers. It isn't uncommon that this Searching and Reconciliation is started by the Dance Hall's Orchestra beginning to tuning their Instruments and warming up.

As everything in a Dance is about symmetry, many compromises have to be found before the Dance officially begins. A Dance Society might have too many people wearing dresses or a Group of Honor Guests are wearing a striking Color of Boots which has to be spread evenly. It isn't uncommon that in this Stage the laboriously established order of Age is broken and divvied up as needed.

For some People, this has provided a unique Chance of finding Companionship or even Love with someone far outside their own Lives.

Is the Dance Society of a large Size (Over 75 Pairs or 8 Lines of Ten), the Organizer of said Dance will probably employ Specialists trained in Handling, Managing, and Supporting the Dance. These People are colloquially named "the Dance's Gallants".

These Gallants facilitate the natural Finding of Partners for the Dance by smartly moving through the Crowds, which leads to the Guests naturally standing nearer towards the most probably matches for a Dance Partner. But while Subtlety is usually key to a successful Dance, they are not above concisely assigning partners if time is of the essence.

Furthermore, many bring a wide variety of local and foreign costumes with them to the Dance hall to complement the Guests with suitable colors or styles.

With Precision and Heart

Are all Dancers sorted, grouped, arranged, and lined up, the Dance usually begins with a small Speech from either the Master of Ceremonies or the Owner of the Dance Hall. Otherwise, the Band might just start playing.

Seeing those Dancers float like Doves around the Ballroom, effortless, has woken many passions in me. That is, until you take them outside and get a whiff of their Odor. That's why I now prefer Water Balett
— Simon Priest, renowned Bard and Entertainer

A common Dance will last for about 6 hours, with a short break, each hour to make room for new Dancers and give the Orchestra some time to recover. While it is strictly speaking against the etiquette to continue dancing, it is often also expressively overlooked if the Dancers are particularly skilled or of great renown.

However grand your Prowess might be in Dancing as an Easterner, you will always Dance with all of your Heart and usually to the Brink of Fainting.

There is a wide array of local traditions to celebrate the completion of the harvest at the end of Hight and during Brach as laid out in the General Calendar.

Largest festivity is without a doubt Pontinfitsa, also commonly known as the Starclasp Festival.

The most well known of these rites is the Showing of the Edges practiced in and around Brossal.

Why there are no Eastern Restaurants

A common anecdote told by foreign affairs is the relatively late adoption of Eateries or Restaurants into Easterners culture. This lack of a seemingly essential service is founded in their rich family-centric tradition.

A Cook in any Location was required to join the Family or Guests after the Food was served. As such, the Idea of Selling Food without also joining on each Visitor's Table was, if not unthinkable, at least, outlandish.

In some Cities with more international Clientele, visiting someone who was skilled in cooking, had more of the Makings of visiting a Religious Practitioner or Master of Ceremonies. And many Easterners gained quite a high profile by doing so.

Nowadays, you might find Restaurants and Eateries serving Northern Food in many of the larger eastern Cities, but you will never find a Shop selling a Plate of Hopynock outside Brossal .

Who they call their own 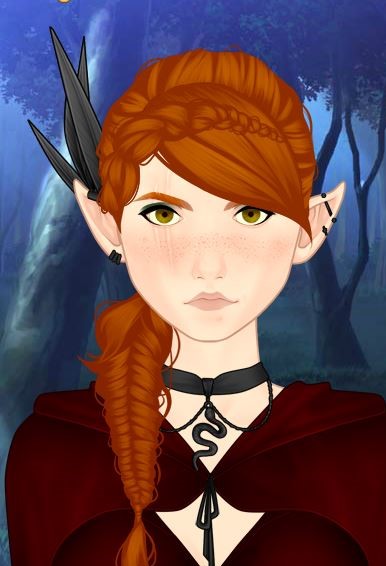 Once again, you prove yourself to be a deity level quote master. Outstanding article Jan :)

Thanks for the kind words!